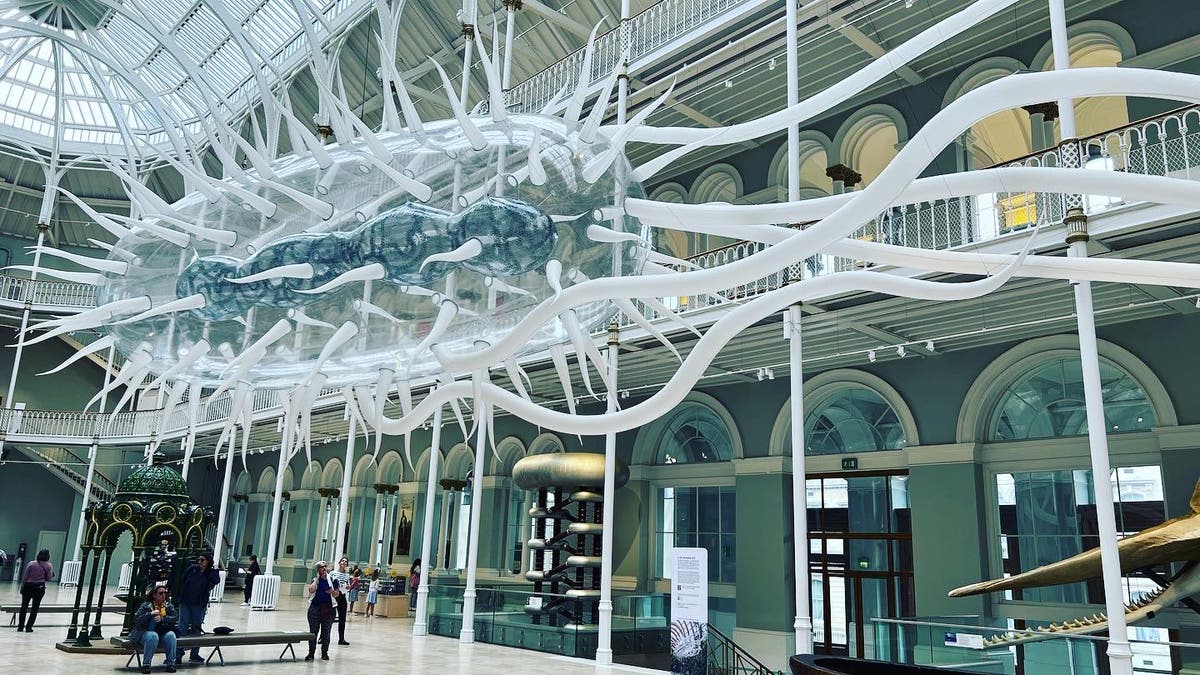 A 90ft long inflatable sculpture of a bacterium has been suspended from the ceiling of the Great Gallery of the National Museum of Scotland.

Bacteria are found in the environment, food, and the intestines of people and animals.

The colossal sculpture is on display as part of the Edinburgh Art Festival which runs from July 28 to August 28 at venues across the capital.

It was designed to reflect on the importance of bacteria for people and the planet.

Commenting on his work, Mr. Jerram said: “Making the microscopic world around us visible, the artwork was conceived as an experimental object to be contemplated.

“When you stand next to it, does the bacteria alter our personal sense of scale?

“Does it look scary, beautiful, comical or alien?

“Will the public be attracted or repelled by this?

Although some forms of E. coli bacteria can cause illness and even death in humans, using the bacteria can also be vital for medical research.

Alison Cromarty, Head of Exhibitions and Design at National Museums Scotland, said: “We are delighted to bring this spectacular creation to Scotland for the first time.

“It’s great to have it on display during festival time and especially as part of the Edinburgh Art Festival.”

This giant inflatable sculpture was made for Krebs Fest, a celebration of the scientific research of Sir Hans Krebs, who won the Nobel Prize in Physiology or Medicine in 1953, and displayed at the University of Sheffield.

The work has since been shown at other venues across the UK, including the Eden Project, before coming to Edinburgh.