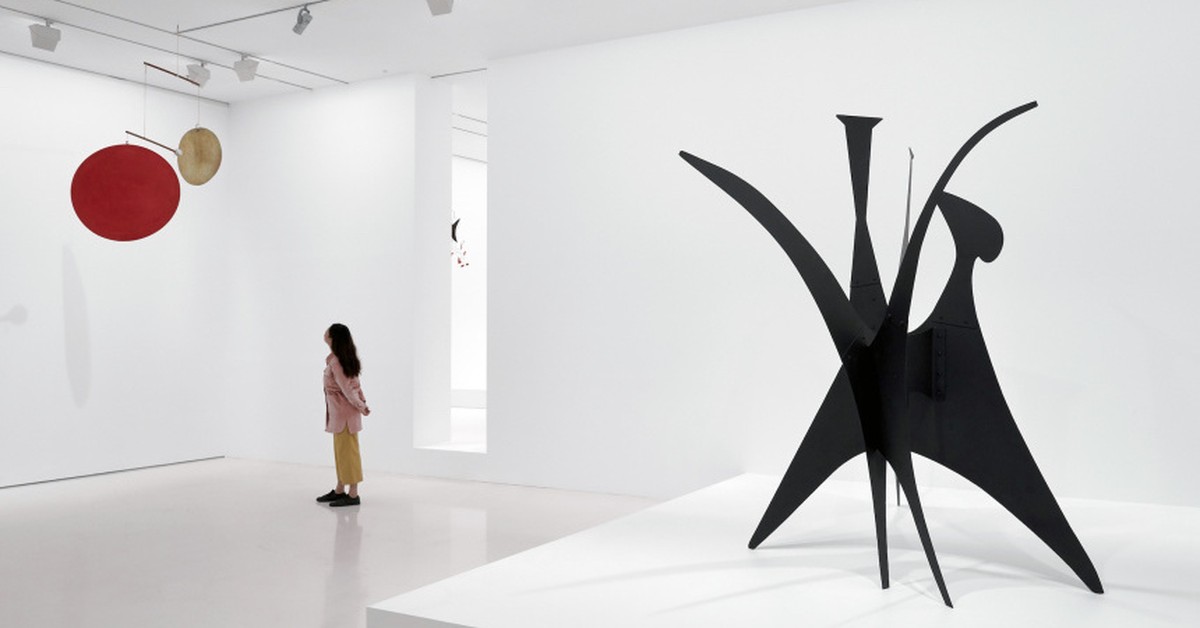 Alexander Calder knew that creative tensions can give birth to artistic innovation.

In 1930, the legendary American sculptor visited the Parisian studio of the painter Piet Mondrian. Struck by the appearance of painted cardboard rectangles that Mondrian arranged on the walls of his studio as part of his compositional experimentation, Calder suggested that the Dutch artist could still bring them to life by making them sway. Mondrian disagreed but Calder rose to the challenge. He invents kinetic sculpture, or mobile, and thus changes the course of art history.

“Calder is such an interesting character, very different from other artists of his time,” says Miranda Wallace, one of the curators behind Alexander Calder: radical inventor, exhibited at the NGV.

“He didn’t care about artistic hierarchies. He apparently put equal creative energy into making wire jewelry, household items, paintings as well as his famous sculptures. He was very interested in the circus – the way performers appeared on cables high in the huge space of the circus tent was a great inspiration to him. “

Wallace says kinetic art connected Calder with a group of artists who worked in America and Europe. “Throughout her career, Calder has explored the idea of ​​movement and its relationship to the viewer,” she says. “Contemporary art is so focused on this feeling of enveloping the viewer and the art object, on the viewer’s immersion in the artistic experience. Corn [Calder] was on this path in the 1930s.

Alexander Calder: radical inventor, presented in partnership with the Montreal Museum of Fine Arts, is the largest ever presentation of the sculptor’s work in Australia. The exhibition brings together more than 100 pieces that span the artist’s career, from his childhood as the son of artists in Pennsylvania to his time as a major artist, creating standing sculptures, or stabiles, which still occupy public spaces in New York, Chicago, Italy and more. There’s a miniature dog and a brass sheet duck that an 11-year-old Calder created as gifts for his parents. There are the jewels, necklaces and brooches lovingly made in brass, nickel or silver wire, and presented to family members or friends within avant-garde circles in which the artist and his wife , Louisa James Calder, have moved on.

But the exhibition is also a celebration of Calder’s mobiles – works like Four black stockings and six red (1957), red and black hanging shapes that emphasize the space and the light between them, and Black mobile with hole (1954), a series of black shapes that hover in the air, giving the impression of a creature from another world. Much of Modernist sculpture is heavy and monumental. But Calder’s mobiles are casual and graceful. They extend their weightlessness to the viewer by simply sliding and swinging through the air.

“Calder’s work is full of joy and playfulness and is very accessible, but it also has a very rigorous undercurrent – it’s about the relationship between the viewer and the artwork,” explains Wallace.

“His wire sculptures from the late 1920s were weightless – just lines in space, purely abstract. It’s about shaping the space in this very light way. In the same way that great architecture can profoundly affect your embodied experience, Calder’s work is very thoughtful, slowing you down and making you think of the present.

“You can see that connection between Calder and the minimalist sculptors of the ’60s and’ 70s. But unlike the minimalists, who were very theatrical, Calder’s work is very calm – he asks you to think,” she says. Calder also helped popularize the biomorphic form, a signature of Marc Newson, Japanese-American architect Isamu Noguchi and other modern voices of industrial design.

“He also championed the mid-century aesthetic which continues to be very influential. He released the idea of ​​heavy mass sculpture, which is extremely important in terms of understanding the form. At present, there are not many exhibitions that offer the viewer such a purely aesthetic experience. Calder’s work is surprising and delicious. It takes us in many different directions.

Alexander Calder: radical inventor shows at the NGV until August 4, 2019.