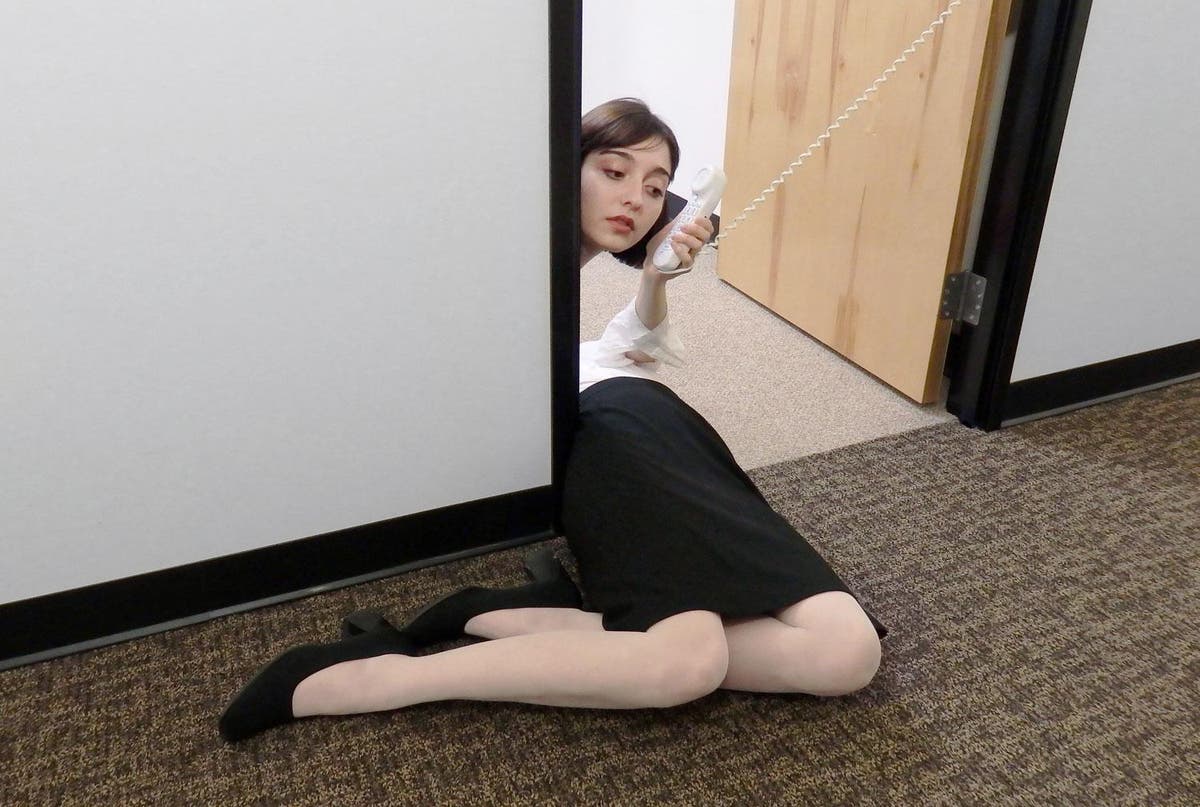 n February, the artist Amalia Ulman posted to her 125,000 Instagram followers a picture of a home pregnancy test. There, against ceiling tiles featuring an idyllic image of blue skies and fluffy clouds, was a clear message: a plus sign. Ulman’s message below the image read: “BOOM haha.”

Her followers had grown used to provocative posts. In April 2014 Ulman began posting a series of images that seemed to reflect her new life in Los Angeles: breaking up with a boyfriend, becoming a “sugar baby” escort, having a boob job and drug-taking, before redemption through a new relationship, meditation and yoga. But in September that year she announced that it was all a performance. This prompted delight but also anger and bewilderment — for some who were embroiled in Ulman’s five-month hell-and-back confessional it was not a performance but a lie.

Now, as she prepares to open a new show at the increasingly influential Arcadia Missa gallery in Peckham, Ulman is again prompting debate below the line. The pregnancy test shot has been followed by a number of selfies featuring her growing bump. On March 26 she posed at a baby shower in Buenos Aires with her Argentinian grandmother; on September 16 she appeared with eight arms in a red dress, two of them cradling her belly, the others holding various office items, like a workplace Hindu goddess Durga.

Many followers take Ulman’s pregnancy at face value, wishing her congratulations, asking the due date. Others, though, are steamed up by her artistic use of social media: “Faking pregnant really isn’t cool,” said one, with a thumbs down emoji; “#Faker”, admonished another.

The pregnancy is “not really about a baby, it has more to do with the replication of self, and the idea of being pregnant with yourself, basically. But for a while people didn’t know if it was real or not,” says a very non-pregnant Ulman as she sits in an office at Arcadia Missa. The 27-year-old is over from Los Angeles to install the exhibition and it’s a return home of sorts: though she was born in Buenos Aires and grew up in Gijón, Spain, she studied at Central St Martins art college as a teenager and began her career here.

When she showed some of the pregnancy images in her installation at the prestigious Berlin Biennale earlier this year she “left it up to the audience to believe whatever they wanted to”. This is a key theme of these works: the way we construct our online identities. “No one ever really tells the truth online. But there’s this feeling that we should — that by not being true it’s less enjoyable in some way.”

Her new show is called Labour Dance. Again its title results from Ulman’s fascination with the online world: a YouTube trend in which pregnant women record themselves dancing to induce labour. Balloons will float about in the installation, set against wallpaper featuring clichéd stock images of the New York skyline. “I’ve heard my mum saying all her life how her tits look like deflated balloons because of me — that’s how women write about it in a lot of blogs and things like that,” she explains. “That idea of the tight balloon and deflated balloon is very female-body-related.”

Thinking about pregnancy has led her to explore her “own desire” for it, she says, but also to consider the complications, of being unable to get pregnant because of work and travelling. “And also because I have a disability, so if I get tired doing nothing, basically, how could I have a kid?”

That disability relates to a bus crash Ulman was in as she travelled from New York to Chicago in 2013. Her legs were crushed and she was airlifted to hospital. She continues to bear the scars today.

The accident inspired a poem and sound work, which formed part of a Geneva exhibition — which she directed from her hospital bed. “People say ‘Oh, you probably weren’t that sick because you made art’, but no — I made art because it made me feel better,” she recalls.

The disability has influenced her work in that “everything has become more compartmentalised” she says. “I have to plan things more ahead and have people helping me more.” And Ulman does a lot of preparation. For all the apparent randomness of her Instagram feed, for instance, she says that “with the performances I always have a script”.

She wanted the work to be like a caricature of herself and she knew that she wanted a sidekick, so that the performance was “more like old theatre, or silent movies, more exaggerated: ‘This is a performance! This is fiction!’. And to incorporate more clowning elements to it.”

Her sidekick is Bob, a pigeon. “I didn’t even care about pigeons — I don’t like birds. And I think that’s a challenge that I introduce into my work: I work with things I don’t necessarily like and then learn to like them. It’s an analysis of why we like things or not, why do we find something a good design or ugly or whatever?”

Ulman’s Instagram posts involving her feathered friend show this change in her affections. there she is with Bob on Valentine’s Day, on a split-screen, harmonising with herself as she sings the chorus to a Pixies hit: “Gigantic, gigantic, gigantic/ A big, big love.”

Bob regularly appears alongside Ulman in her weekly cartoons influenced by the New Yorker cartoonist Charles Barsotti. He even lives with Ulman and her boyfriend in LA.

I ask what he represents. She replies that “he’s half son, half weird flatmate… And in the performance he can be my son, he can be God, he can be my boyfriend — he can be all of these things.”

In another solo exhibition, opening in Paris later this month, Ulman will explore “how Bob went from being a disgusting pigeon to being an art object”, she says.

The performance has a distinct colour scheme — palpable when you see her Instagram posts in a grid — that evokes “old-school corporate America” and brands the performance, she says. Working from a studio in an office block, surrounded by accountants and lawyers has helped her focus on the corporate theme. And that in turn has inevitably led her to the US presidential election.

“The election has been very important for the whole performance,” she says. She’s fascinated that it’s boiled down to “a fight of stereotypes. America is divided between the middle classes who want to vote for Hillary, who are educated and read the New Yorker, and ‘white trash’. It was impossible for me to ignore that, because of the different material, like people using memes for politics, which is crazy.” The performance will end as the election is won and lost.

Among the ugliest material she has found online is in the material posted by “alt-Right” commentators: the Trump supporters who are among the most worthy candidates for Hillary Clinton’s “deplorables” tag. “I was interested in the alt-Right and the aesthetics they use to communicate: the anti-feminist memes, the ‘feminist cancer’, all this stuff,” Ulman explains. She has looked at prominent alt-Right individuals such as Breitbart columnist Milo Yiannopoulos and “how all these people communicate their memes and their hate speech” with their oft-repeated mantra that they are speaking “common sense”.

“But they really use it to construct their own truths,” she says. “And that’s what Trump does: he constructs his own truths and people listen to him and think it makes sense. Because, of course, you can construct your own commonsensical argument according to what is convenient to you.”

Ulman’s is much in demand: her work was shown at the Whitechapel Gallery and Tate Modern earlier this year. She’s unfazed by appearing in big museums because she’s so emotionally immersed in her latest piece. “With the Tate show I wasn’t excited at all because it was an old work,” she says. “It was good, because my mum gets to enjoy that. So she came over and she was, like ‘Ooh, the Tate!’ But personally I didn’t feel anything — that’s dead for me.”

If Ulman continues to put her finger so squarely on the pulse it’s likely that both new commissions and museum shows will pour in. I suspect that both she and her mum will be satisfied for some time to come.

As Florida’s Dumb Politics Go, So Go the Nation’s