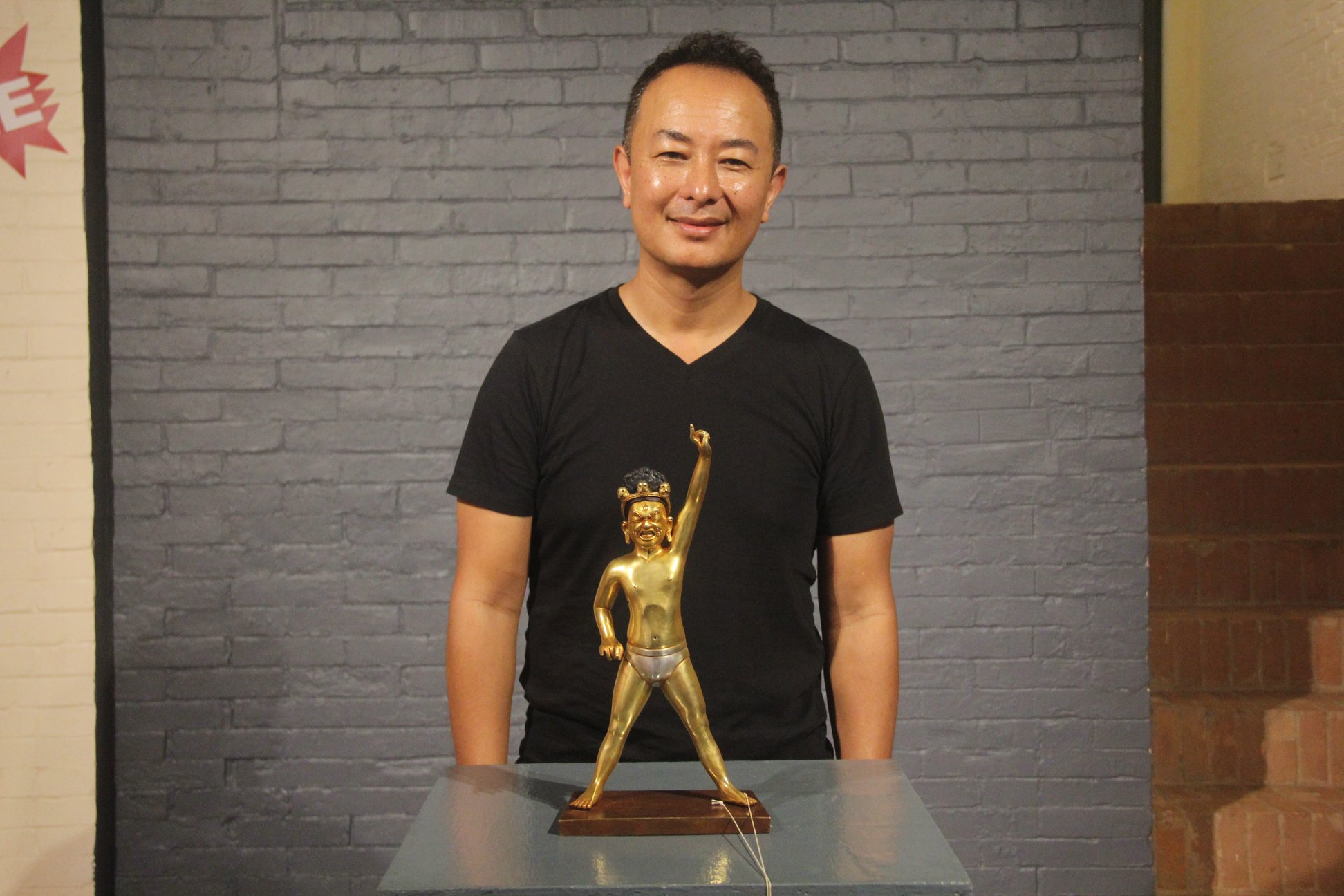 My City – Creating a dialogue through art: ‘Object in Focus’

Courtesy of the Taragaon Museum

â€œArt for me is a means of communication. I was shy and couldn’t express myself. But as I continued to do art, it also helped me with my communication skills. Now I can express myself better, â€says internationally renowned contemporary artist Ang Tsherin Sherpa, based in California, USA.

Ang Tsherin whose heart is traditional art, explored contemporary art after 2 decades of experience in traditional Tibetan thangka painting. He inherited the traditional Tibetan painting of thangkas from his father, Master Urgen Dorje. He began his career as an artist in his early teens. â€œMy father introduced me to art. I used to draw comic book characters when I was in school. And my father thought I could learn his trade and he taught me the skills, â€says Ang Tsherin.

He gives all the credits of being an artist to his father. And to add: â€œWhen I started, my father said that art would help me to live and out of respect or fear, I learned Tibetan thangka painting. It takes a lot of patience and dedication to create a work of art. And with consistency, I learned the trade from my father.

In 1998, Ang Tsherin immigrated to California, where he taught traditional thangka painting in various Buddhist centers. There he was able to explore the scenario of international art and he was free to explore modern art. There he experimented and created masterpieces with the fusion of traditional and modern art using Tantric motifs, symbols, colors and gestures placed in decidedly contemporary compositions to express his personal experiences.

Currently, his work is featured in the third edition of ‘Object in Focus’ hosted by Taragaon Museum, Buddha. â€œObject in Focusâ€ is a concept that would allow viewers and artists to â€œlook, see and thinkâ€ contemporary art from a completely different perspective. The concept is inspired by the Room 3 gallery at the British Museum, United Kingdom.

In the exhibition, a sculpture of Buddha is placed in the center of the right side of the gallery. This is a gold-plated metal statue similar in size to the size of an Oscar, wearing an undergarment. And the facial expression of Buddha is different from the expressions we know. According to Ang Tsherin, his Buddha rejoices and is a symbol of the resilience that the Nepalese have shown after the devastating Gorkha earthquake -2015. In addition, it is also his way of creating value to traditional art where he collaborated with a traditional artist.

In the Nepalese art scenario, he is also known as one of the most expensive artists. And when asked for his opinion on being an expensive artist, he replies, â€œArt cannot be compared by price and the price of an artist’s work does not measure his success. For me, art is priceless and precious. Art must be created for art and not for money.

The artist who believes he is a bridge between traditional art and contemporary art says that art is similar to journalism. He adds: â€œArt gives us an identity and we have to recognize the value of art. And through art, an artist tries to create a dialogue and portray the image of society and current events like journalism does.

The exhibition which started on September 3 will run until September 13.