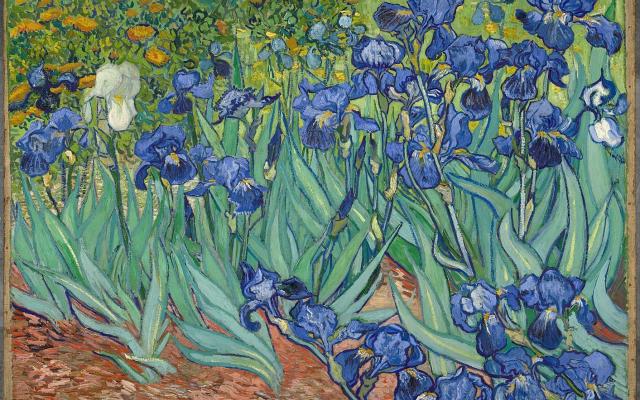 The new translations underscore Getty’s goal of making her text online and in her gallery available in languages ​​other than English. The project also coincides with National Hispanic Heritage Month, celebrated from September 15 to October 15, 2021. Additional translations of Getty’s Google exhibits will be released in the coming months.

Visitors can now see the history of Iris by Vincent van Gogh and other Getty artwork that features this iconic flower, an art collection celebrating medieval and Renaissance portrayals of LGBTQ pride of Balthazar, a black African king, the Japanese-American photo group recently acquired by Getty and Edgar Degas’ exploration of artistic methods through his pastel drawing of a ballerina.

To access these new translations of online exhibitions, viewers must change their language preference in browser settings to “Spanish”.

Since 2011, Getty has partnered with Google Arts & Culture, which brings the stories and knowledge of more than 2,000 cultural institutions from 80 countries to users. Getty and Google Arts & Culture have previously collaborated on Art Transfer, which turns photos into works of art; Art Projector, an augmented reality tool that allows users to project a masterpiece in their home; and Pocket Gallery, a life-size virtual exhibition space on your phone.

Visitors to the Getty Center and Getty Villa can also use GettyGuide for self-guided audio tours available in Spanish, English, Brazilian Portuguese, French, German, Italian, Japanese, Korean, Russian, and Mandarin Chinese. To access GettyGuide, visitors can download the app from the App Store or Google Play.