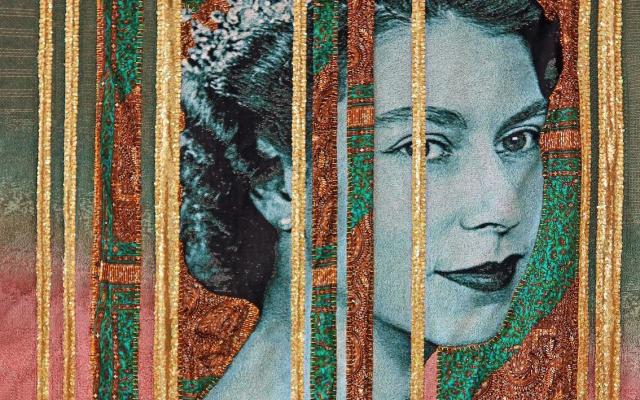 Thriving on Atlantica: April Bey and Her Speculative Futurism

First conceived as a child (although she later named it), Atlantica was used by Bey’s father to explain Earth’s oppressive systems. Inspired by the science fiction they both loved, he told Bey they were space aliens, which gave them a distance from which to observe Earth’s troubles. In doing so, they created an imaginary home built from the resistance – and full of possibilities – that wasn’t always available to her every day.

Bey spent most of her childhood in the Bahamas, a place of vibrant beauty and bounty, but also home to a postcolonial culture. “It’s breathtakingly beautiful everywhere. Our homes are painted in Pepto Bismol pink, teal and purple. The ocean was amazing, and growing up, we lived off it and what it produced,” she recalls. On the other hand, it’s “a post-colonial British country, and I grew up in colonial school systems with corporal punishment”.

Her family ran a booze cruise and a restaurant, and she says growing up in the tourism industry was very traumatic. “When people go on vacation, a lot of rules that they would normally follow at home go out the window. I was introduced to a lot of adult things that I shouldn’t have been introduced to. It made me hating alcohol, it made me hate noisy environments,” she says. “Also, the standard of living is very different for Bahamians than for visitors.” She points to the fact that electricity has been diverted to support tourism, meaning hotels would not suffer outages, while Bahamians would be without power.Bey views tourism as a form of colonialism, and this is something that comes up in his work – it’s also why nothing like this happens on Atlantica.

Tips to save money on your groceries

Inside Meret Oppenheim’s Whimsical and Witty Exhibit at MoMA

‘Impossible Object’: a work of art that can exist

How much do museum jobs really pay