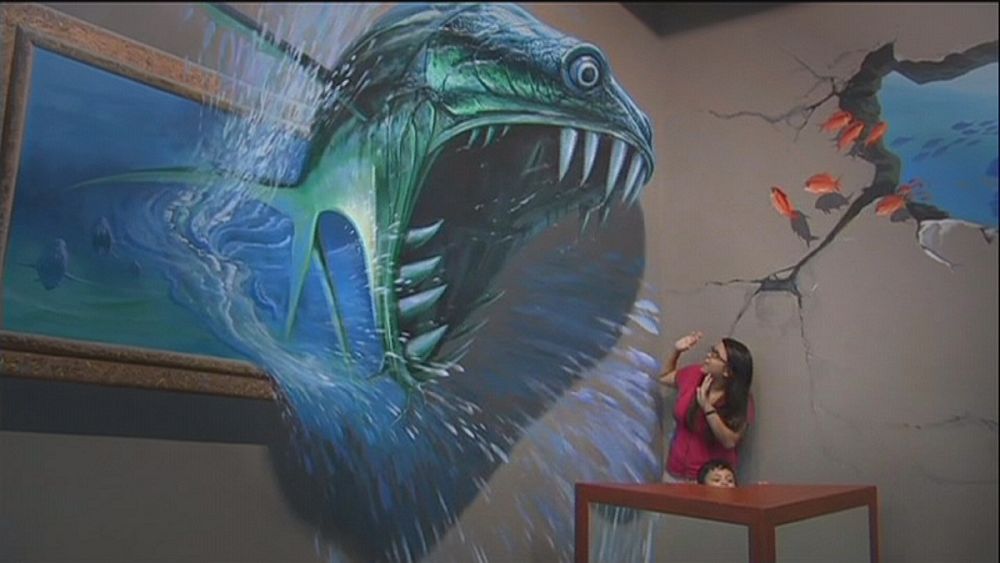 Many museums are cracking down on people who take photos and selfies today.

But an unusual museum in the Philippine capital Manila is going against the trend. In fact, the idea of ​​the Art in Island museum is that visitors literally become a part of the picture.

They are not only encouraged to take pictures of themselves with the 3D replicas of famous artwork in the museum, but are also invited to interact, touch, play with and climb on the paintings, sculptures and installations.

“Amazing and amazing work of art, the quality of the art itself is amazing, but for them to think about different perspectives and how people are going to interact with it is amazing,” said an enthusiastic visitor .

While purists may be offended, the concept seems to appeal to visitors, offering new perspectives on ancient masterpieces.

In an original reproduction of “The Accolade” by Edmund Blair Leighton, members of the public replace the honored or slain knight, depending on your perspective.

“You have to be very serious in other museums, but in this museum you can really let go,” says another visitor. “So I think that’s a big part of it. It also makes you appreciate art a lot more, because they have a lot of famous artwork here, but you can really play with it, too, it’s a lot of fun.

Visitors are invited to take off their shoes before entering the museum in order not to damage the paintings on the ground.

The “Trick art” or “3D art” as it is called is mainly composed of two-dimensional images which give the illusion of a third dimension. The exhibits are the work of four Filipino graphic designers and eighteen Korean artists.