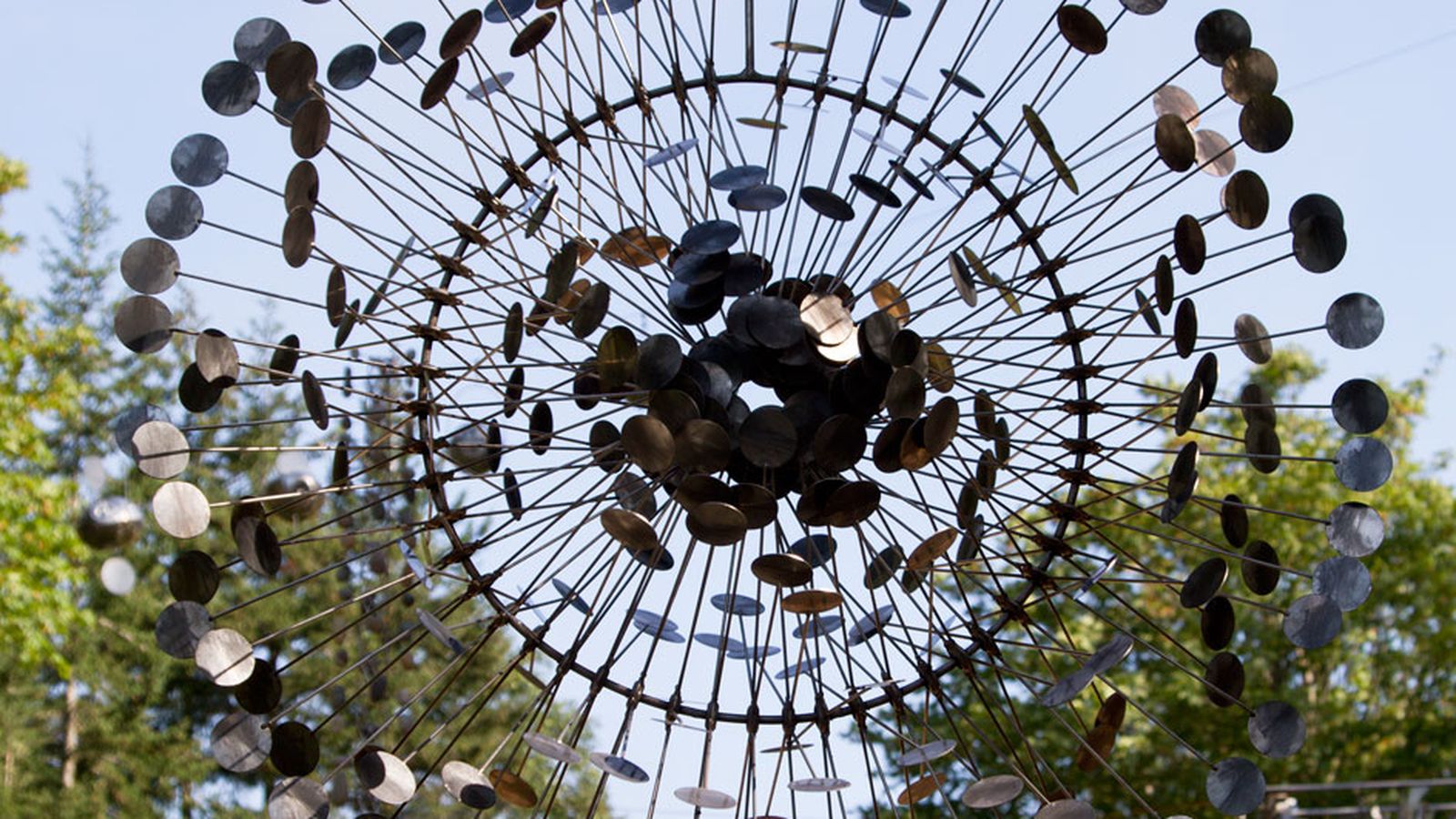 “I was fed up with everything being static in my visual world”, artist Anthony Howe said The Creators Project about his new work – a series of so-called “kinetic sculptures”. These kinetic sculptures are hardly static – thanks to the wind, they move in fascinating patterns that The Creators Project has described as “real world screen savers.” Beyond the visual spectacle, Howe’s design process is a combination of modern technology and traditional metalworking processes. His parts start as computer models that he designs with the Rhinoceros 3D CAD program, then the drawings are cut with a plasma cutter and assembled by hand. This 3D design process is crucial for the wild visual effects found in his finished work – it allows him to see how the sculptures will move before going through the construction work.

Howe puts his work through a fairly rigorous process to ensure that it will also stand the test of time. “I try to over-build my job,” he says. “The best way to test it is to bolt one of the sculptures onto my Ford F-150 and drive down the highway.” Yet much of his designs seem better suited to a weak wind which leads to the slower hypnotic movement that defines much of his work. “Everything will work in a 50 knot wind, you know… just put a piece of metal on the table and it will fly away, it’s kinetic,” Howe says. “But to make it turn about a knot, it’s more difficult.” To see Howe’s work in motion, watch the video from The Creators Project below – and visit Howe’s site for see all his work. And if you want to see it in person, Howe’s bringing his greatest creation at Burning Man next year: it will be 30 feet wide, 30 feet deep and 25 feet high and will require an 18 wheeler to get to the festival.

The world’s first 3D art exhibition launched in a bottle